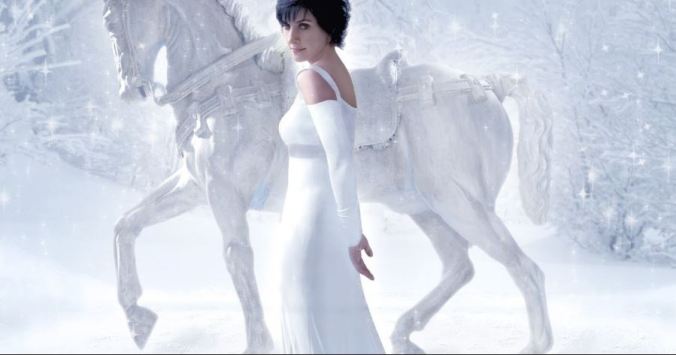 Christmas is a terrific time of year for new age types.

They can bask in the holiday’s pagan roots, or reflect on how pretty much every belief system has a feast of light in the midst of the bleakest time of year. In fact, with all the candles, the indoor foliage, the singing, the optimism and the sparkles, many people inadvertently live a new age sort of life throughout the festive period.

So it comes as no surprise that there are so many Christmassy new age albums out there.

Let’s listen to some of them, together.

I’ve only listened to their first Christmas album – it’s just called Christmas. It’s every bit as bizarre and wonderful as their Halloween album. For the most part, you’re getting tasteful, cosy chamber arrangements of traditional songs. But there are a few moments where things go completely insane. The opening Deck the Halls is like Tangerine Dream soundtracking a Tron Christmas party. The charity of Good King Wenceslas is honoured with a mad slice of robotic funk. God Rest Ye Merry Gentlemen gets a rocking ultraprog workout. And it all ends on a lovely note with a genuinely beautiful version of Silent Night. As we’ll see, most new age Christmas albums end with a version of Silent Night.

My new favourite tuxedo viking David Arkenstone appears to release seven albums a year, so of course he has a number of festive albums. I’ve listened to three of them. The first, Native Christmas, is subtitled “A Native American Holiday Experience.” It’s a load of traditional songs arranged for, I suppose, “Native American” instruments – pipes, drums, etc. Some will find this whole thing stomach-churning. Some might even argue that the whole exercise is deeply offensive. But it’s not an unpleasant listen. I particularly like the version of Away In a Manger, with its subtle electronic flourishes. And yep, it closes with a “Native Americanised” Silent Night.

Winter Fantasy is much better. It’s a collaboration with vocalist Charlee Brooks. And her vocals, over David’s ethereal arrangements, create a frosty “enchanted forest” vibe. Even people who hate new age music might enjoy this one. It’s enthralling throughout, and frequently stunning. There’s no version of Silent Night, which is unusual for a new age Christmas album. But it does contain a version of that festive new age staple, Gaudete, which will knock your socks off. Some brilliant original compositions too.

Visions of Christmas is less remarkable, but no less wonderful. Here David has great fun with a number of seasonal staples. There’s the jazziest The Holly and the Ivy you’ll ever hear. And hilariously, he transforms I Saw Three Ships into a swashbuckling epic for festive pirates. This album’s closing Silent Night is a contender for the most touching version of the song I’ve ever heard.

New age goddess Enya has two Christmas albums, one of which just came out! I’ve not heard her latest. But And Winter Came is a strange one. Strange because it’s probably my least favourite Enya album overall. And yet, it also happens to be my most listened-to Enya album overall. Because Christmas. The album has two moods. Some songs – the best songs – are sombre, hushed and haunting. Others are oppressively jolly, like a bouncy toy town parade for triumphant tin soldiers returned from the teddy bear wars. My! My! Time Flies! is weirdly bluesy for an Enya song, and it might be the only song in her entire repertoire to feature a hair-billowing guitar solo. But it’s the traditional covers that keep me coming back: A spine-tinglingly spectral O Come, O Come Emmanuel, and Oíche Chiúin, an Irish version of Silent Night. It’s perfect.

Finally, the lovely people at Windham Hill have put out numerous seasonal albums. Some are explicitly Christmassy, like the collection I’ve embedded above. But particularly beloved by many is their series of Winter Solstice albums, the first of which was nominated for the New Age Grammy! I’ve not really spent much time with these collections (though I’ve been blasting out volume IV since December began) – but what time I have spent with them has been very pleasant indeed. This is music that wants you to know that everything’s OK. It’s the musical equivalent of a huge mug of hot chocolate, topped with marshmallows, and consumed by a gently crackling fire while your favourite film’s on TV. New age types know where to find the joy in the bleak midwinter.