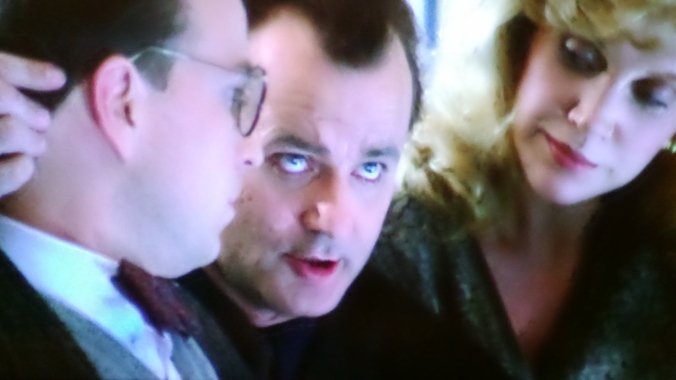 Hi everyone. It’s Christmas and I love you.

I just listed some terrific albums of 2018. Now I’m ready to share my 10 favourite albums of the year. And I’ve actually managed to rank them!

Superorganism’s debut is wonderful. Pure positivity from beginning to end. Bits and pieces of these hyperactive mashups get stuck in my head now and then – every song has at least one utterly irresistible hook.

I really caught the exercise bug this year, and I learned that I never feel better than I do in the immediate 30 minutes or so after a workout. I got into the habit of putting this album on as I walked back from the gym. By the time the uplifting chorus of It’s All Good kicks in I find that love the world and everyone in it.

The haunting soundtrack to a horror remake I doubt I’ll ever watch. I had no idea what to expect from this – bleeps and beats, maybe? But instead we got some of the most adventurous and affecting music he’s ever made. The (near) title track is a masterpiece, with that ghostly flute and that gorgeous voice. Elsewhere there’s nods to the kosmiche, 14 minute choral pieces, and the sort of dark ambience you’d expect from a horror score. It’s bewitching and engrossing. And endearing! Thom’s son Noah plays drums on one track!

Spellbinding. Beautiful songs that have been stripped to their base elements, then reassembled into strange and beguiling new shapes. She does astounding things with sound, structure and texture that I’ve never heard anywhere else. There’s one upsetting atonal piece, but the rest is airy and transcendent – a warm multicolour swirl of sound that’s so immersive I barely notice that the whole thing’s 90 minutes long.

Favourite Track – I Shall Love 1

Searing desert funk! Fluid and fiery, with electrifying guitar lines that crackle with energy. At least it is for the first six tracks or so. The latter half is a bit more relaxed, and the closing moments feel as cosy and intimate as a lazy strum by a campfire.

And the loveliest thing? It’s all about making connections and bridging divides! “We hope that Imarhan will allow the younger generation to become aware of the fundamental importance of friendship. As long as someone is by your side supporting you, asking for your friendship, what more could you want out of life? You will want for nothing.” Aw.

Undisputed master of ambient music Brian Eno put out a landmark collection this year. Every piece was its own universe, begging to be explored. It was phenomenal, but it wasn’t my favourite ambient album of the year – which speaks volumes of how much I love Tahoe.

Imagine if you asked your perennially chilled friend to make you a mixtape of the very best of modern ambient music. What would they include? The heavy sadness of The Stars of the Lid. The poignant decay of William Basinski. Some broken self-aware software from Oneohtrix Point Never. And so on.

Well, Tahoe IS that mixtape, except it’s all the work of one. Everything that makes ambient music so compelling and essential can be found here. The diversity is incredible, but even more impressive is just how well it holds together. It never feels forced or jarring, not even when it leaps from barely-there minimalism to monumental vaporwave.

Murky underwater jams. It’s languid and sprawling, some might say to a fault. But I could happily listen to these guys noodle aimlessly for hours. And besides, this is no aimless noodling. Listen carefully, and among the alien soundscapes you’ll hear some of the saddest melodies they’ve ever recorded. It’s the song of a colourful ecosystem struggling to survive in the face of dark outside forces.

How do you top The Epic? By going even more epic! And more refined. This is without a doubt the most luxurious album of 2018. It’s long, it’s leisurely, but the passionate soloing saves the elegant compositions from the cocktail party. The musicianship is phenomenal, and at its best it sounds like Baz Luhrmann curating a firework display over Disneyland.

Mysterious songs about cheese and sunken villages, all sung in Cornish. The sound is somewhere between Bat For Lashes and Boards of Canada. It’s a spectral BROADCAST in celebration of language, history, people, memories and legends. It makes me think of crimson ghosts dancing in a haunted library built on a precarious cliff edge, overlooking a raging sea under dark storm clouds.

We’re very, very lucky to have this one. It’s a gift of an album. The words “life-affirming” are overused when it comes to music, but honestly – this is pure, joyful, and effortlessly uplifting. It’s mostly composed of trio performances: Mr. Mergia on synths, melodica and, of course, his legendary accordion, accompanied by a groovy rhythm section. Oh, they’ll take you to a very good place indeed. But then you get to the last track, a solo piano performance. It has to be heard to be believed. Words fail me. Really.

1. Hanterhir – The Saving of Cadan

Well this knocked my socks off. It’s a gargantuan psychedelic pagan rock opera apparently recorded on a llama farm about a doomed love affair between a man and a water spirit, sung in two different languages. The story is told through theatrical prog, haunted sea shanties, cosy shoegaze, spooky folk, gothic post-punk and some creepy late-night forest rituals. Throughout, it’s always melodic and it’s always sung and played with total conviction. And it never stops conjuring images of antlered gods silhouetted against a bright orange sky.

It’s SO GOOD. But… unheard of? Every song has fewer than 1,000 plays on Spotify. They only have a few videos on YouTube, and each one has fewer than 50 views. This has to change. Whoever you are, wherever you are, I urge you to give Hanterhir your full attention. This is the sort of adventurous music that makes life worth living.

Favourite Track – This Is How It’s Always Been