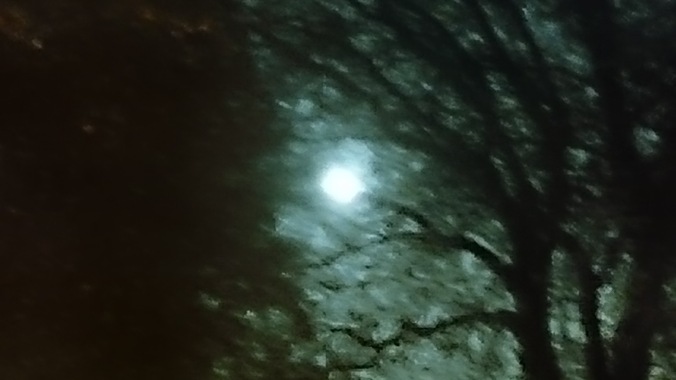 Oh my friends I return to wish you a MERRY CHRISTMAS.

And to write about some of my favourite albums of 2018.

I finally went to Iceland, and I finally saw a member of Pink Floyd live. I left my job and took one giant leap to becoming a full time writer. I cut down on the amount of coffee I drink, and I started to take exercise seriously. I read dozens of books, including a number of non-fiction books that taught me to be a little bit nicer to myself. On two separate occasions I took all-night bus journeys from London to Derby. I got back into films, and I listened to loads of incredible music.

I have a weird relationship with end-of-year lists. I’ve gone from depending on them for validation, to depending on them for recommendations, to outright resenting their very existence. But every year I make my own. It’s because I like to imagine travelling back in time at the end of the year to present my list to myself, in the early hours of January 1. Future me wouldn’t say anything to past me. He’d just present a list, without a word. Past me – or would that be present me? – would then get a sneak preview of the sort of sounds that would rock his world in the coming months. I just think it would be nice.

I was going to do this by genre. My 10 favourite jazz albums. My 10 favourite rock albums. And so on. But doing that would have required writing about 70+ albums, and the world doesn’t need any more music writing. It also would have required a number of odious discussions concerning genre. The world needs odious discussions concerning genre even less than it needs any more music writing.

So instead, I’m doing an essential roundup of some terrific albums here, which I’ll follow with a general top 10 list in time. It’s all for the version of me that existed on January 1 2018. If you’re reading this, past me, you’re going to have a surprisingly good year.

Oh! And I don’t really feel like writing about bands I’ve been listening to for years. So can we just take it as a given that I really liked the albums put out by Spiritualized, Black Rebel Motorcycle Club, Jack White, The Manic Street Preachers, Yo La Tengo, Low, Muse, Janelle Monae, John Coltrane, Brian Eno, Autechre, Interpol, Nine Inch Nails, Oneohtrix Point Never and Thee Oh Sees? Thanks!

Right, here we go. Presented in no particular order, here’s some of the albums I enjoyed this year – just not enough for them to make the top 10.

The unclassifiable avant-garde rap/pop/rock/other collective presented another murky collection of defiant, uplifting, freewheeling jams. I went to an exhibition of Scottish pop music at the museum in Edinburgh. It featured one of the cymbals used by Young Fathers during their live shows. It looked like it had been run over by a train. Apparently their drummer once played so hard he dislocated his shoulder.

There used to be a radio station called The Chill. All day and all night they’d play chillout music, when “chillout music” was a respected and recognised genre. Groove Armada, Leftfield, Lamb… that sort of thing, with no adverts, no DJs, and only an occasional utterance of “imagine a place with no stress” (or something) for continuity. It was brilliant. I can’t remember why, but I had to sleep on the living room couch for a spell. I’d put The Chill on at a low volume in the background while I slept. It made me feel weighty and sad in the best way possible.

Anyway. Earlier this year I found out that the guys behind the Chillhop label have 24/7 radio broadcasts running constantly on YouTube, complete with cosy, drizzly, hazy visuals. It’s the closest thing I’ve found to The Chill in years. The music’s a little different – think jazzy instrumental hip hop – but in terms of the sustained mood and the feelings it inspires, it’s as close as we’re going to get in 2018.

They put out four of these Essential collections every year, one for each season. Spring is my favourite. It’s no better or worse than any of the others I’ve heard. But it’s the one I’ve spent the most time with, and it acted as my entry point into this tired yet groovy world.

Bright and friendly music by some lovely friendly people, on a warm and friendly album with a jolly friendly name and a bright friendly cover! It’s an album by The Bees in all but name (or maybe not, given that some key players are missing), and it has that wonderful shimmering summery sound that just makes everything feel so light and easy.

Vennart – To Cure A Blizzard Upon A Plastic Sea

“You’re a shadow of your future self.” With some heroic chords, some impossibly complex compositions, some mad tempos, a few moments of levity, and their most successful act of Cardiacs fanboyism yet, Mike and the boys did very well this year. But you know… it sounds exactly like Oceansize, it features most of Oceansize… why not drop this solo act thing and just admit that you are Oceansize? It’d make a lot of people happy.

This one sounds ancient. It’s a modern take on traditional Korean music – there’s masterful use of silence and space, the sort of melodies that could soundtrack creation, and occasional explosions of cacophonous noise. Tense, thrilling, and deeply affecting.

It’s only when you try and drown the world out with the folk songs and rituals of an imagined civilisation that you realise just how loud the world is. We need music like this. If music like this didn’t exist, we’d have to create it.

Restless jazz. Never sits still, never stops stunning with new shapes, new sounds, and new directions. It starts off sounding like a drunken nightmare in a hall of mirrors before shifting through 70s cop movie funk, balletic musique concrete, espionage Latin, haunted library sounds and about a thousand other poses. It could have been exhausting. And yet, it flows beautifully. One impressed listener described is as Captain Beefheart possessed by Miles Davis, but it’s much crazier than that.

Sublime ambient jazz. Airy saxophone weaving around minimal pianos, organs, and some found sounds, with almost no percussion to speak of. It’s beautifully weightless, and I can attest that it sounds just as good in the punishing heat as it does in the damp late autumn gloom.

“Thoughts of a Dot as it Travels on a Surface” is a 90 metre panoramic wall drawing by the artist Zin Taylor. Musicians Christina Vantzou and John Also Bennett treated this meandering line drawing as graphical music notation. The result is minimal ambience that refuses to sit still. It goes places! And even if you listen without viewing Zin’s mural, you see things as you hear.

Bluesy boozy proggy party rock! I’ve read comparisons to Thin Lizzy, Black Sabbath et al. But it takes me back to the early noughties, when bands like Jet, The Datsuns and Wolfmother unashamedly played irresistible retro-tinged rock – because why should there be shame in playing the music you love?

Gloomy gothic stoner rock for leather-clad bad’uns to nod along to while they hang out in the graveyard, playing with knives. Sludgy, witchy, magnificent.

Brutally honest, profoundly sad. About a decade ago I had a hideous job processing paperwork for a bank. I’d come home and lie in bed in my freezing room, electric heater trained on the bed, under two blankets and wearing thick socks; drinking tea while soaking up the saddest possible indie rock. I’d have been all over Lush back then. It would have been just the thing.

Indonesian doom metal played on homemade instruments with a stunning arcane vocal style that owes more to throat-singing than anything metallic. It’s a ritualistic earthy rumble that could herald the end of the world, or the beginning of a new one.

I’ve not really paid much attention to post-rock for the past decade or so. There was just too much of it around when I was at university, and so much of it sounds so, so similar. But Pijn is spectacular. They take the monolithic scale and the immediacy of GY!BE’s most recent work, but add cathartic death metal vocals to make things that little bit more intense.

What a treat! A brand new album from the band that was Träd Gräs och Stenar! And what an album it is. A deeply immersive collection of slow, meandering, blissed-out melancholy psych jams. There’s something spiritual going on here, like walking through drizzle towards a stone circle, or looking for shapes in the fire in the middle of the forest clearing.

Transcendent synth explorations. Traditional instruments like zithers, harmoniums and violins lilt and soar over rhythmic electronics, while Janet Beveridge Bean provides her beautiful intonations and incantations. Peaceful and uplifting – it’s the best ECM album not to be released on ECM!

Mysterious drones from the desert. It’s ominous, intoxicating and hypnotic – the perfect pal for anyone looking to get hopelessly lost in their thoughts, only to return enlightened yet haunted by unworldly visions!

Favourite Track – Note From the Underground

The Residents – I Am A Resident!

Well, I said I didn’t want to write about any bands I’ve been listening to for years. But you know… it’s The Residents!

This year they reissued some classics on Cherry Red and put out at least two albums. Intruders was a gripping and highly disturbing concept album about imaginary people, but I’m much more taken by I Am A Resident. Because there is nothing else like this, anywhere.

So the group asked their fans to cover some of their songs. But they were quite overwhelmed – not just by the sheer number of entries they received, but also by the mad ways in which their freakish fans had interpreted their work. So rather than just putting out a straight compilation, they instead decided to mix everything together and let it flow. The result is a cross between a greatest-hits collection, a tribute album, and a remix album, all presented as an illicit radio broadcast.

It’s a surreal soundscape that regularly shifts from a disquieting dream to an outright nightmare, then back again. Long-term Residents fans might pick out familiar motifs, but things are so warped that it’s often uncanny, like talking at length to an old friend only to realise that they haven’t blinked for 40 minutes.

And then you get to the second disc, which features the raw material – the covers they used to construct this mutant. And yeah, they’re demented. They’re by bands with names like “Chesty Vulva” and “SKULL IN THE CROW’S EYE”. I never knew I needed a sludge-punk cover of Hello Skinny.

And that name! And that cover! We still aren’t quite sure just who The Residents are. But with this release, it’s like they’re saying that we’re all Residents. I can get behind that.