Here’s a half-baked curate’s egg that nonetheless leaves a good taste in the mouth!

Marissa is a playwright who lives in Madrid. She’s struggling. But her best friend Mina is struggling even more. She’s just broken up with her partner, and she’s not taking it well. Also, she’s a bit intense. She walks over broken glass to prove her love, and when her feet are being treated for lacerations, she claims that they don’t hurt as much as her heart.

The early scenes of Marissa in the Woods are unpromising. For the first half hour or so, you essentially get a succession of conversations between Marissa and another. They’re static and unengaging, the sort of “point the camera at the actors and let the magic happen” style of film-making that only works when there’s magic to be had.

These characters talk and behave in a way that’s broadly naturalistic, but a bit heightened. There’s a vaguely uncanny feel to things, and it never really feels like you’re watching anything more than a bunch of actors reciting a script verbatim. Yes, something might have been lost in translation – this screening was in Spanish with English subtitles – but even so, something feels slightly off.

It might have something to do with the fact that this is one of those films that uses cultural touchpoints as a shortcut to characterisation. Early on there’s a screaming argument about a Sonic Youth album. Björk is clumsily shoehorned into a conversation about death. Records by Neil Young, Dungen and The Clientele are propped up against walls as set decoration. A party scene opens with a slow tracking shot of albums by Brian Eno, Stereolab and The Sugarcubes. It all feels so contrived, and you’re obviously meant to notice it all. It’s just… why?

With the slightly uncanny feel and the desperation that you’ll notice just how cool these characters are, I was reminded of a latter day Woody Allen film. But my partner, who lived for a year in Spain, was a lot more damning in her comparison. She said it reminded her of the sort of trashy soap you’d find on Spanish TV at 15:00 on a Tuesday. 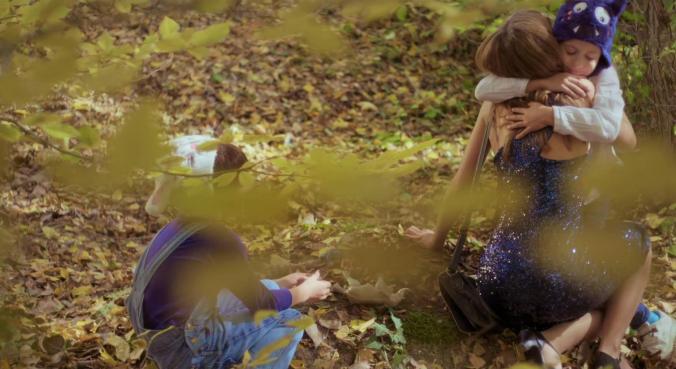 But halfway through the film tragedy strikes. Marissa starts to drift through the Madrid night. She attends a Pride parade, and drinks cocktails with an old friend at her gallery. A modern alchemist mixes herbal tea while her partner plays a synthesizer in the back room, and the two pledge to get married for exactly 10 years. Then there’s a magic psychic who puts on a “psychomagic” show with psychedelic visuals; and then it’s off to the party where Marissa is accosted by another old friend, who she finds unforgivably tedious.

The second half of the film has a drifting, dreamlike quality to it. The somewhat heightened reality that hampered the naturalistic early scenes is a perfect fit for the later nocturnal ramblings. It isn’t nearly as gripping as the other film about a freewheeling thirtysomething I watched this week. But it’s an impressive recovery given how ready I was to write the whole thing off at the start.

Things become outright fantastical in the closing scenes. It’s a risky move, and it doesn’t quite work. It comes from nowhere and ends all too quickly. But at this point it becomes clear just what the whole film was trying to say. And then it’s all over.

At just over 80 minutes, Marissa in the Woods still feels like a drag. Blame those uninspired early scenes. Yet still, so much feels undercooked. Key themes are unexplored, and crucial relationships are underdeveloped. But that sparkling second half, with its infectious joy of life, saves the day. If nothing else, it’ll leave you yearning for a really good night out.