Zero budget labour of love proves that sci-fi does not have to be big to be beautiful! Small stories, told well, can be every bit as compelling as an interstellar blockbuster – if not more so.

Leon is a twentysomething who eats seven sausages for breakfast every morning. He wears exactly the same ugly cheeseburger top every single day. He spends his days watching films, drinking beer, feeding ducks, and working on his top secret machine in his basement.

The bad news is that Leon is terminally ill.

The good news is that he’s developed a machine that will allow him to upload his consciousness and live forever.

The bad news is that doing this will doom humanity as we know it, leading to an appalling future of robot death squads and mutants.

The good news is that an assassin has been sent back in time to stop him.

The bad news is that the only way to stop Leon is to kill him.

The good news is that this future assassin can’t bring herself to do it, as she’s fallen in love.

The bad news is that her falling in love has doomed humanity as we know it.

Before the show began, director Lars Henriks and producer/editor/lead actor Nisan Arikan provided a short introduction. They mentioned quite a few times that they made their film with essentially no budget. It’s like they were urging us to lower our expectations.

And yes, all the weapons are quite obviously toys. All the exterior shots are done guerrilla style, with members of the public acting as oblivious unpaid extras in the background. The combat is extremely unconvincing, and Leon’s world-changing machine is a calculator attached to a colander. Then there’s the wardrobe. I’d say “the less said about Leon’s horrific burger top the better” had I not already mentioned it three times. And one character from the future appears to be wearing a promotional Mass Effect jacket.

And there’s a few strange directorial choices, like the time they leave the camera rolling on a quiet street while Leon and his future assassin sweetheart pop into a takeaway to buy noodles.

But do you know what? I’ve seen worse. Much, much worse. Indeed, I’ve seen many films with significantly bigger budgets that wish they were as compelling and lovable as Leon Must Die.

This film tells a great story and it tells it very well indeed. At its core it’s a romance between a terminally ill eccentric and a future assassin. But it also manages to build quite a sophisticated and nightmarish vision of the future, and does so with little more than a few masterful info-dumps and a number of subtle hints in the dialogue. It’s all convincing, credible, and obviously very-well thought out. And wisely, we don’t see much of the future beyond a glimpse of a single room. Looks impressionistic! 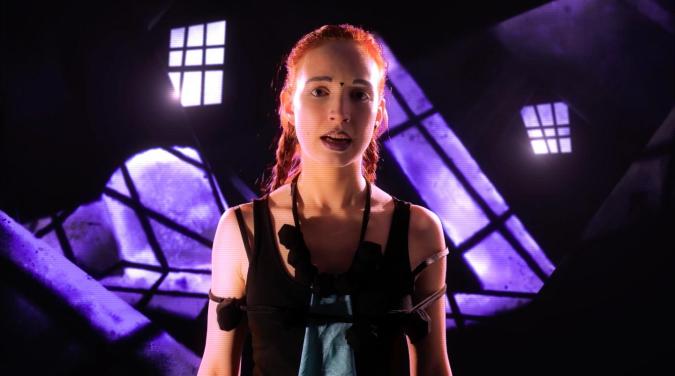 There’s some weighty discussions about death, existence, perception and humanity. What is real? What does it take to be human? That sort of thing. Quite how they managed to weave these existential threads through what is essentially a fun sci-fi romp is beyond me. They make it look so easy that you wonder how so many other films get it wrong.

Alexander Obe plays a depressed cat-loving robot from the future. He gives it his all, and does so while looking like a hungover Matt Bellamy. He spends his initial scenes in a state of sad sensory overload, clearly overawed by the natural world. It’s a quiet yet affecting performance that’s in no way lessened by the presence of that Mass Effect jacket. It’s actually a good look!

Director Lars Henriks also did the soundtrack. It’s mostly buzzy synths and ambient washes, but there’s also three catchy electroclash songs, and they’re all scene stealers. Do androids dream of electric breakfast? That song’s never leaving my head. If this film thing doesn’t work out for him, he might try his hand at a pop career! I feel bad for not buying one of their DVDs, but I would have bought a Leon Must Die EP in a heartbeat.

Most sci-fi films require a bit of suspension of disbelief. Usually it’s a question of turning off some of your critical faculties, so that you don’t ponder the dodgy science and the plot holes. With Leon Must Die, it’s more a question of ignoring some of the naff results that come from filming without a budget. If you can look past them, you’ll find a lot to love: It’s an intelligent, heartfelt, interdimensional romance, and a sterling example of effective world building.

These guys made this thing in 10 days, based on a script that took just two weeks to write. They did it all for nothing, and the end result is more memorable and endearing than many of the more “professional” films I’ve seen in recent years.

This is good news for cinema. But it’s also pretty darn inspirational. You know that thing you’ve always wanted to do, but you’ve always felt unable because you haven’t the time, or the money? Take this as proof that you can do it. That anyone can do it.