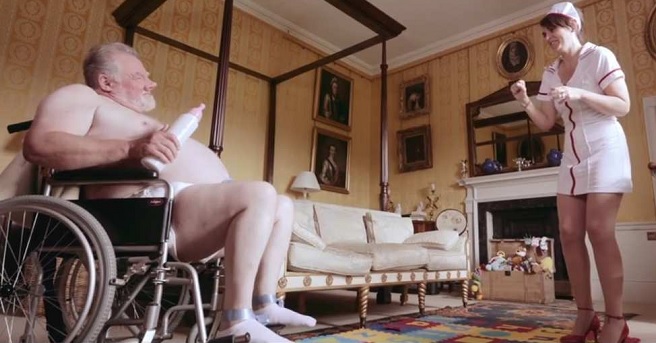 This’ll be the fourth year in a row I’ve covered these 10 days of wonder and fright.

And that’s not the only thing that’s different about this year’s festival! The past three years, a weekend of the festival has played host to the Fantastiq sub-festival. You got three days of genre films – sci-fi, fantasy, horror… mainly horror. Mainly horror.

I’m not sure why, but there is no Fantastiq weekender this year. Maybe they’ve moved on. Or perhaps they’ve just rebranded. I hope they haven’t fallen out.

In any case, the stranger weekend of the Derby Film Festival is now known as the Paracinema Weekender. And what a bag of treats they have for us!

It’s about a family that’s forced by a pair of Eastern European gangsters to partake in a heist. In doing so, they discover a community of grown men who like to act like babies, and a retinue of nurses who do their bidding. Stuff happens, things explode, nothing’s as it seems… you get the idea.

Now… I really didn’t want to watch this one. We all have certain things that just make us want to stop living. For you, it might be the sight of someone chewing on a wooden stick. Or perhaps the idea of breaking your collar bone. For me? It’s many things. But I have a religious horror of adults acting like children. Or worse: Adults acting like babies.

So that title. Attack of the Adult Babies. That alone might have put me off. Then there’s this image, which was used to “promote” the film in the Paracinema programme: 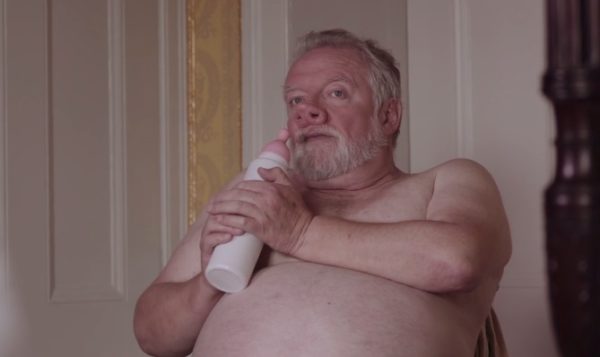 Yet horror films are supposed to freak you out, yes? Yes. This shouldn’t be a problem.

But my reservations went deeper than that.

Anyone who’s spent any time exploring the fringes of cinema will have encountered certain films that took a concept and squandered it. Maybe their idea just looked good on paper, but they eventually found that they had neither the imagination or the budget to do it justice. Or maybe the visionaries behind the film fell so in love with their mad idea that they bought into the idea of their genius far too early into the production of their opus, resulting in a sloppy series of vaguely-linked vignettes that scream of inanity. Or maybe these visionaries, having already raised a budget, which of course they only managed to raise because some coked-up producer somewhere thought their astounding idea was astounding, eventually realised that they couldn’t possibly do justice to anyone’s expectations, so instead strained to curl out some introspective nonsense and bury it beneath thousands of layers of what they’d later describe as “meta” in the desperate hope that nobody would ever notice the vacuum where the film should be.

So yes. All things considered, my expectations weren’t high.

OK, so to begin with, I felt vindicated. In the early scenes, the sound felt poorly mixed, the dialogue felt overly-written, and the acting was pure Hollyoaks. But this film wastes no time. It’s eager to leap face first into the madness, and things cease to make sense in a matter of minutes. I don’t know why it came as a surprise to me that a film called Attack of the Adult Babies operates on its own logic. Everything here is heightened, and it really didn’t take long for me to start taking the film on its own terms.

Let’s beat about the bush no longer: Attack of the Adult Babies is really good. I’m reluctant to describe it as “a breath of fresh air”, because it’s essentially putrid. But it’s wholly original, and a lot more subtle and layered than any synopsis or trailer would have you believe. All things considered, I’d even go as far as to say that it defies description.

“Horror comedy” will do. But even that might give you the wrong idea. The closest I can get to describing the tone and the feel of this glorious schlock is to say that it plays like a tribute to the early work of Peter Jackson as written by The League of Gentlemen. It’s utterly grotesque, frequently nauseating, and hysterically funny.

I hate writing stuff like this, because it feels like such a cop out: But this is truly one of those situations where the less you know before you wade in, the more fun you’re likely to have. Some moments are truly inspired. Some scenes are laugh-out-loud hilarious. And there’s so much in it that you simply won’t see coming. It’s like they challenged themselves to change direction every 10 minutes or so. Just when you think you know what’s going on and what’s going to happen, in comes a chainsaw. Or a fresh mutation. Or a literal god of excrement. Or actually Charlie Chuck. 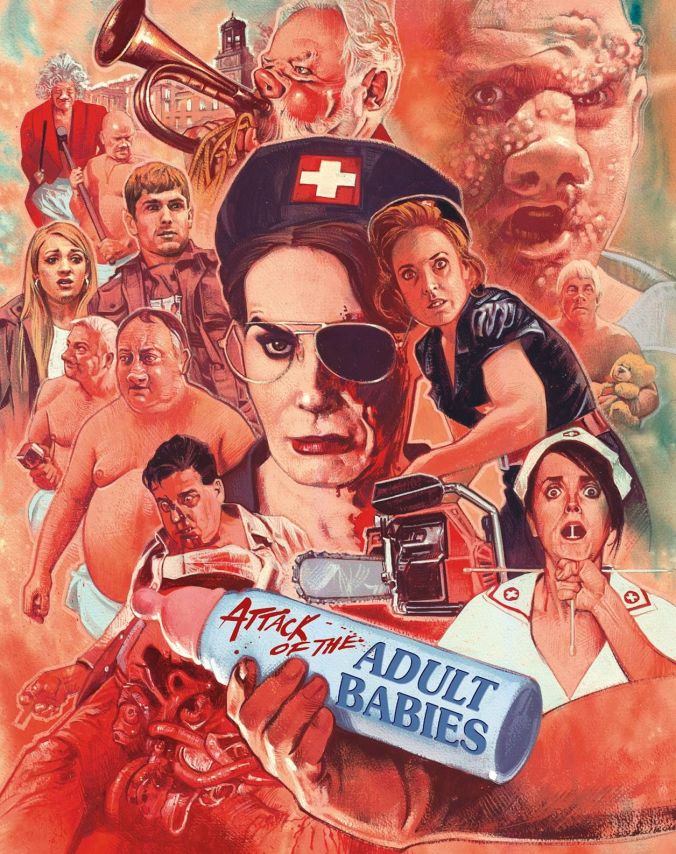 So even if you find the very idea of this film repulsive – if you can’t even consider it without feeling queasy – I urge you to give it a go regardless! Yes, it’s horrible, and I don’t think I ever want to see it again. But it’s full of surprises, it’s genuinely funny, and it even has one of those intriguing endings that raises more questions than it answers.

The screening was followed by a special treat: Lee Hardcastle! Presenting Cell X – a segment from a forthcoming feature length claymation horrorshow!

Lee later took part in a Q&A with Dominic Brunt and Joanne Mitchell, the makers of Attack of the Adult Babies. Jake West, of Evil Aliens fame, asked the questions. So right there onstage, in the middle of Derby, you had four countercultural weirdos discussing their beautiful atrocities in front of a rapt audience, many of whom were wearing very gaudy t-shirts featuring various skull motifs.

I love the Derby Film Festival. This is going to be fun!