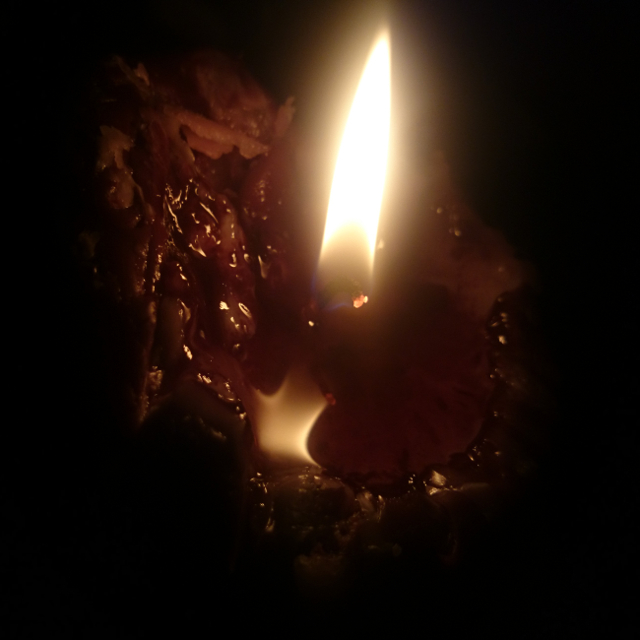 I “released” an album on Halloween 2015, but I was too darn busy to tell anyone about it.

It’s called RIDDLES & GHOSTS, and it’s best thought of as…

Oh, life’s too short for elevator pitches. So instead, here’s my track-by-track guide to RIDDLES & GHOSTS, the SECOND ALBUM BY LORD GLOOM.

Once you get your bearings on the other side, you find yourself face-to-face with a shapeshifter, who is currently taking on the form of a giant red skull. He’s proud of his ability to move through walls, but at the moment he’s quite narked that somebody’s stolen some knowledge from him. He thinks you did it. Despite your protestations, he attempts to break you down through dragging you through one wall after another. For non-shapeshifters, passing through walls can be agonising.

Oh this isn’t nice. You’ve been left to rot in the negative space between two walls, which also happens to be the negative space between two worlds. One sounds like a backwards graveyard nightmare, the other an industrial hellscape run by and for intelligent cows. But there’s a light on the narrow horizon, and you think you might be able to edge your way towards it. Because falling into the unknown would be preferable to spending any time in either of these worlds.

It’s as if falling to your death were every bit as blissful as drowning is rumoured to be.

True, you can’t see an inch in front of your face, and all is enveloped in this thick blue mist. And granted, what little you can see is muddy and decrepit. But look at it this way: At least there’s a faint pulsating glow ahead to give you a point of reference. It’s not home, but compared to where you’ve been, you feel that, given time, you could be happy here.

Nobody Knows What They Make in the Factory

Alien gargles and ceaseless pounding – what are they up to in there? And why did they build their infernal factory right in the middle of this cold and lonely swamp? And how come almost every point of life has proven to be so disappointing these days? With literally nowhere else to go, only one choice remains: Get a job, hippie.

It never ceases to amaze you just how many different types of ghosts there are. Let’s see. There’s ghosts who tap things, ghosts who bang things, ghosts who scream, ghosts who warble, ghosts who chatter desperately, and ghosts who seem content to simply hover in those secret rooms filled with sewing machines and wheelchairs. Your shifts at the mystery factory are eternal, but you’ve learned to pass the time through making mental lists of every type of ghost you can think of. But one question never occurs to you until it’s too late: What type of ghost are you?

There’s no pain when you’ve no nerve endings, and “time” is like sight to the blind when you’re facing eternity. But your memories will kill you. And when the best you can possibly muster is an indistinguishable shape, a vague blur of your family playing board games as viewed through a streaky window, then you’re going to live in constant agony.

RIDDLES & GHOSTS can be downloaded for free, along with the rest of my albums, on my MUSIC page. Or if you’d like to cut out the middle man, you can head straight for Soundcloud.